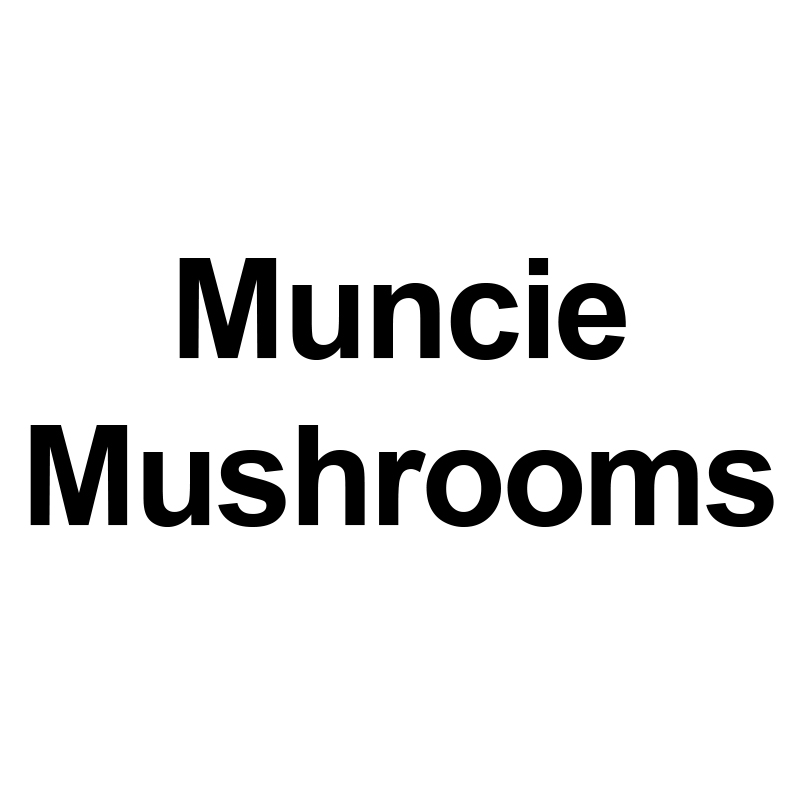 Muncie Mushrooms is owned and operated by Stuart Ozbun from Muncie, Indiana. Inspired by famous mycologists Paul Stamets and Terrance McKenna, Stuart started the business in his garage, growing mushrooms that are both delicious and healthy.

According to Stamets and McKenna, fungi are an essential part of the ecosystem as well as human diet, and may have played an important role in early hominid development. Mushrooms would grow as a result of herd animal activity that early humans would rely on for food. Given the benefits of a mushroom diet, it’s not out of the question that mushrooms are partly responsible for the success and prosperousness of those early human tribes.

Similar to both plants and animals, mushrooms begin their lives as a tiny spec in comparison to what they’ll soon become. All the mushrooms are grown starting from microscopic spores which incubate on a series of substrates, culminating in freshly harvested produce.  If you’d like to learn more, come visit Stuart’s booth at the market!